Title:  The Runner from Ravenshead
Format: DVD
Studio: Little Crew Studios
Synopsis: “Pilgrim’s Progress meets Little Rascals” in this fun action/adventure movie featuring an all-children cast. Shot in Oregon’s picturesque Willamette River Valley and accompanied by an original score recorded live by the FILMharmonic Orchestra of Prague©, The Runner from Ravenshead is an allegory about finding refuge and rest from the metaphorical wardens we face in life.

After a daring escape from Ravenshead Prison, Sam finds herself in worse trouble trying to outrun the relentless wardens. But help is on the way – kind of. Henry, janitor for the City of Refuge Guide Service, is unexpectedly thrust into the line of duty when all the trained guides are called out on other missions. As he sets out on his long-awaited first assignment, he gets more adventure than he bargained for. Will the enthusiastic but awkward amateur guide persuade Sam to trust him before it’s too late.

A friend dinged me on the messenger a couple of weeks ago with a link to this movie preview.

This movie was the winner of the Audience Choice award and runner up for Best of Festival and Best Feature Film at the San Antonio Independent Christian Film Festival.  That’s impressive, but not nearly as impressive as the fact that the actors in the movie are five siblings– all ten or younger.  The parents wrote the script, directed it, produced it, and even did most of the costuming/sets.  Hey, even the family dog was involved.  The website bills the story as, “Pilgrim’s Progress meets Little Rascals.”  That’s just about right.

I ordered it two weeks ago, and last Wednesday, I got the notice that the movie shipped.  Yeah… I was panicking.  See, last week I promised this review.  I was pretty sure I’d have to push it back a ways.  After all, that was really only three days to be delivered.  They came through!  I went to get the mail on Saturday and there was the package.  I couldn’t believe it.  I also got a kick out of the invoice that came with it.  Very sweet.

But, this isn’t telling you about the movie.  I expected cheesy cinematography.  I almost wrote that I was “disappointed.”  It’s one of those rare times when not getting what you expect is good!  The cinematography is better than many TV shows and as good as most movies.  If you’re used to independent films looking “homemade” you will be stunned at the professionalism of this one.

With all of the actors being ten and under (I think this is accurate), I expected it to be difficult to understand them, the acting to be stiff, and to see a lot of bloopers.  Not hardly.  In the preview, when I saw the fake beards and mustaches, I just rolled my eyes and figured I’d have to overlook that– tune it out.  Actually, for some crazy reason, they lend the movie a certain bit of charm.  I can’t explain why I like it.  Normally, I’d hate it.

The plot is not predictable.  There was one twist in particular that I absolutely did not see coming.  I thought I had it all figured out– to be truthful, I thought it was going to be all about how people will give all the appearance of wanting Jesus but though they’re “almost persuaded,” they just won’t yield.  I was wrong.  It’s allegorical and yet it isn’t oppressively so.  You don’t really notice it until you look back and see all of the little nuances that are woven into the story.  I have a feeling I’m going keep finding little things as I rewatch it.  Oh, and it will be watched– often.

I think the thing that surprised me the most was when I found myself holding my breath during one tense scene.  That is when I knew that this wasn’t just a “nice” movie– this is a good movie if you can have the entire thing acted by children, playing adults, playing many different roles, and still get so lost in the story that you hold your breath.

The storyline is simple but profound.  People are imprisoned.  They escape.  The escapees are called “runners.”  The wardens pursue the runners and bring them back.  The “City of Refuge” will give the runners sanctuary if they get there.  Most people don’t know the city is there.  So, there are guides sent out every time a runner escapes.  If the runner is wise and listens to the guide, he’ll make it to the city.  If not, the warden WILL capture them.  This movie is about one runner– Sam and her journey from Ravenshead to the City of Refuge.

I give it five stars.  I love it.  Actually, I love it so much that I’m giving away a copy.

I love these coin thing  I’ve been looking for one with a bill option all month, and while I know I’ve found them before, I can’t anymore.  Next year, I’m still doing one dollar bills too.  I decided that I’ll just pull out quarters to slide through each time I add a dollar.  It’ll work.

It’s so much fun to watch it fill up each week.  You can actually see the coins going up and up!

I’ve taken a picture of the top of this jar and I’ll post it as soon as there is a winner.  Enter now, enter often, WIN… and come back next month for another prize and another chance.

This month, I have the prize already planned and half made!  Check it out! I’m making FOUR of these little babies!

Ok, again… it works like this.  One entry per day until someone gets within .25 cents.  I decided the .10 of last month was a bit tough.

So, I drew for Here Burns My Candle.  I thought it was time I did a SWIFT draw.  Alas, I won.  Yep.  I won my own draw.  I forgot that I responded to Liz Curtis Higgs when she posted a comment.  I should have left them out of the running.  Oh well, I did it again and got…

And, because I am way on the ball this time… I already shipped it!  Yippie Skippie!  I am a happy camper.

BTW… I also finally mailed the last books and the cards that Lori won.  I did a LOT of shipping today.  Just sayin’.  Gonna review another book tomorrow.  Stay tuned!

We almost had another “double digit” month.  I was tempted to cheat and add two pennies from the couch or my kid’s bank… anything… but I didn’t.  In the interest of honesty, I left it alone.

Faith got it with an even seventeen dollars so she wins!  I’ll pick a card and take a pic and send it out!

I have to say, it was fun to look at the maps, lay them all out, and then try to decide who actually won!  I mean, I had to choose three winners…

The irony came when I realized that all three winners were from the same family.

Katie Ann-  Won a copy of the Annals of Wynnewood: Shadows & Secrets!  The moment they arrive it’ll be signed and shipped to her.  Here is her winning map for the younger division.

And Jeremy (Katie Ann and Nathan’s brother) won the overall prize of $50.00 in Amazon Gift Certificates!

I’d like to thank everyone who participated and I look forward to hearing what you think of your books when you get them.  Now, let’s all pray the box arrives tomorrow, ok? 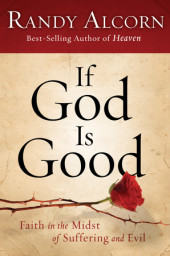 Now, I’ll tell ya… this book has been a bit of a thorn in my side.  And, I must ask, if God is good, why must he keep putting thorns in His people’s sides?  I mean, I know I’m in good company.  There’s Paul with the original thorn, there’s David with his loss, Timothy with his stomach complaints, Job and the loss of all his children, Jeptha and the consequences for stupid vows… let’s face it, side-thorns are way overrated.  I’m not into the whole martyr thing, ok?

So, this book comes along, and I have several entrants that I really want to have the book.  And… of course… I don’t get to decide because I use Mr. Random to do it.  I like to be “fair” when possible.  You guys aren’t my kids, so I don’t feel the need to remind them that life isn’t fair so I don’t have to try to be the great equalizer either.  On the blog, however, I do try.  I mean, I don’t have 20 copies of everything to give anyone who happens to read and comment.

So, this time, I did a lot of praying.  They weren’t eloquent petitions of lofty ideals.  Nope.  They ran more to the simple, “Lord, control that generator and let the number fall where You want it.  Yeah.  I asked for Cosmic interference.  Again, don’t sue me, but you can pretend if you like.  So, off I went and MR. Random said…

So, I went to see who won.  Would it be Michele who appreciated the balance offered in the book?  Barbara who wanted to see his comments on Open Theism, or maybe Sarah who has a great respect for Mr. Alcorn…

HEIDI!  A woman who has walked through grief that I can’t even begin to comprehend… and just months ago.  I’ll be reviewing her book this week so you’ll see just how timely this “random” win truly is.  I was sure that Barb would win.  After all, she’s been pounding Heaven and earth (that’d be me btw) with petitions for it.  I know she’s righteous, so I guess James chapter 5 tells us she’s not very effectual.  (How’s that for twisting scripture into illogical conclusions???)

Sorry Barb… better luck Providence next time.  Congrats Heidi.  I’ll ship it soon!  Meanwhile, everyone else… dash on over to Random House and snag your very own copy.  It’s worth every penny.

Join the fun in guessing what the 100,000th word will be and maybe you’ll win the grand prize!