Lady Elisabeth Kerr is a keeper of secrets. A Highlander by birth and a Lowlander by marriage, she honors the auld ways, even as doubts and fears stir deep within her.

Her husband, Lord Donald, has secrets of his own, well hidden from the household, yet whispered among the town gossips.

His mother, the dowager Lady Marjory, hides gold beneath her floor and guilt inside her heart. Though her two abiding passions are maintaining her place in society and coddling her grown sons, Marjory’s many regrets, buried in Greyfriars Churchyard, continue to plague her.

One by one the Kerr family secrets begin to surface, even as bonny Prince Charlie and his rebel army ride into Edinburgh in September 1745, intent on capturing the crown.

A timeless story of love and betrayal, loss and redemption, flickering against the vivid backdrop of eighteenth-century Scotland, Here Burns My Candle illumines the dark side of human nature, even as hope, the brightest of tapers, lights the way home.

Historical fiction has never been my favorite genre, but I do like Liz Curtis Higgs and I am always interested in the Scots and Scotland (it’s that heritage thing).  Furthermore, I am a huge fan of Bonnie Prince Charlie!  So, I was eager to read this book.  However, I was really busy this week with the whole finishing up Aggie fiasco and felt pulled.  So, my friend Christy (who loves historical fiction and Liz Curtis Higgs– we’re identical opposites that way) volunteered to read it for me and give me her .02.

Pros:  The book is marvelously well-researched.  Full of rich details regarding life, clothing, mannerisms, and of course, my favorite… DRESS, the reader will not be disappointed with the setting of this book at all.  Next, and possibly more importantly, the characters are well-developed.  There is nothing more frustrating than reading a book about a character you don’t feel you “know” when you think you should (This is, of course, not applicable to characters that are supposed to be a bit ambiguous or unreachable for whatever reason the author deems necessary).  In Here Burns My Candle, you love the characters you’re supposed to love, and despise the ones who deserve it.  I love that in a book.

One scene in particular is excellent.  The dragoons (king’s men) arrive just as the Elisabeth is helping wounded Jacobites– excellent scene.

Cons:  The book is slow.  This is one drawback for most historical fiction for me.  You have to spend so much time setting the scene and making the reader familiar with the surroundings that you lose their interest.  I wonder why fantasy isn’t that way more often (I’ve seen it, but not as often).  I mean, with that you’re also setting a scene.  Perhaps historical fiction writers could learn something from fantasy writers.  I wonder.  Anyway, it takes a good hundred and fifty pages for it to develop into anything significantly interesting.  That’s a little blechy .  Even then, once the plot is interesting, it is still somewhat slow because most of the action takes place away from the main character.

So, if you’re into action-packed books that you soar through before you know it, the book might not be for you.  Race car readers are likely to be frustrated.  However, if you like to walk your books, take your time, enjoy the scenery, pause and reflect before moving onto the next scene… Here Burns My Candle might be the perfect book for you.

I want to thank Water Brook for providing this copy for review and for the give away copy!  Yes indeedy, there’s one to be had.  Just post a comment and let me know how much you know about Bonnie Prince Charlie and you might just win one for your home library!

Here we go!  We have a winner!  Congratulations Cathe!  I’m putting it in the mail asap!  Let us know what you thought of it! 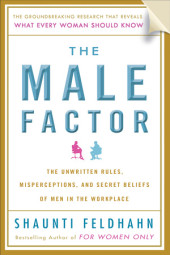 Subtitle: The Unwritten Rules, Misperceptions, and Secret Beliefs of Men in the Workplace

Publisher’s Synopsis: Based on a nationwide survey and confidential interviews with more than three thousand men, bestselling author of For Women Only, Shaunti Feldhahn, has written a startling and unprecedented exploration of how men in the workplace tend to think, which even the most astute women might otherwise miss. In The Male Factor, Feldhahn investigates and quantifies the private thoughts that men almost never publicly reveal or admit to, but that every woman will want to know.

Never before has an author gotten inside the hearts and minds of men in the workplace—from CEOs to managers, from lawyers to factory workers—to get a comprehensive and confidential picture of what men commonly think about their female colleagues, how they view flextime and equal compensation, what their expected “rules” of the workplace are, what managing emotion means, and how that lowcut top is perceived. Because the men in the surveys and interviews were guaranteed anonymity, they talk in a candid and uncensored way about their daily interactions with women bosses, employees, and colleagues, as well as what they see as the most common forces of friction and misunderstanding between men and women at work.

Among the subjects The Male Factor tackles are:

• how men, with rare exception, view almost any emotional display as a sign that the person can no longer think clearly—as well as what they perceive to be “emotion” in the first place (it’s not just crying)

Women will likely be surprised, even shocked, by these revelations. Some may find them challenging. Yet what they will gain is an invaluable understanding of how their male bosses, colleagues, subordinates, and customers react to a host of situations—as well as the ability to correct common misperceptions. The Male Factor offers a unique road map to what men in the workplace are thinking, allowing women the opportunity to decide for themselves how to use the insights Feldhahn reveals. 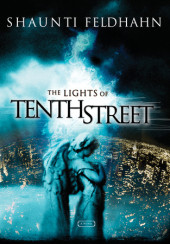 A little backstory to this review is in order, I think.  About five or six years ago, Multnomah sent me a book to pre-read and give my input on as a part of a bookstore survey thing.  The book, The Lights of Tenth Street, was about the devastating and controlling effects that pornography has in a man’s life.  I remember writing how excellently written the story was, how much I appreciated the insights into how so many men think and react, while at the same time, it bothered me how specific and explicit parts were.  Looking back, I think perhaps she made the right decision in what to do.  Regardless, what really impacted me most were the endnotes.  I was amazed at the story she told about talking with her husband about research.  She talked about how different men and women are and how her husband simply didn’t think it was true– until they had a specific discussion.  If you want to read that discussion, just read the book.  😉

That book spurred another book for Ms. Feldhahn.  For Women Only– What you need to know about the inner lives of men.  This book, and the subsequent books along this line have been life-changing for so many people.  I thought they were very well written, avoided stereotypes, and are loaded with personal research.

When I received the invitation to review The Male Factor from Multnomah, I was excitedto see what she’d discovered about the workplace.  She didn’t disappoint.  The most interesting thing about Shaunti Feldhahn is her ability to write about such detailed research without leaving the reader with more yawns than information!  She manages to write frankly about the strengths and weaknesses of men and women without degrading or elevating either to an inappropriate level.  She’s frank, honest, and yet without indiscretion.

This book opens with a picture of the research team that worked on this book.  Let’s just say, there was truly a TEAM of people, not just four or five people.  I was impressed with that alone.  This book is the Christian version of the book.  I was surprised and curious to know that there was a ‘secular’ version as well.  Had I had time to search out the ‘other’ version, I would have read and compared them, but by the time I started the book, my deadline was too close.

So what is the book about?  Well, it’s about what men in the workforce think women do to damage their reputations.  It’s about understanding why a woman will be perceived as something she isn’t trying to project.  Even the men she interviewed admitted that ‘rules’ of business aren’t necessarily “fair”.  It’s just how things are and it’s important for women to recognize it.

I found that I am schizophrenic when it comes to business.  I think like a guy in so many ways

But, I also think a lot like a woman.

3.  Family comes before the job.  Always.

Was the book helpful to me as  a mom and ‘housewife’?  Definitely.  I saw a lot that I understand more in Kevin’s relationships at work for one thing.  I think this book is really great for understanding men in more than one way.  Where For Women Only focused on sex and respect primarily (or that’s how I remember it anyway), this book really seems to show the core of men.  As a writer, I think it’ll help me be much more authentic when I deal with workplace scenes.  I’m excited to try it.

I want to thank Multnomah for providing me with the book for review.  I think it’ll really make a valuable addition to any library.  Multnomah did send a copy to give away to readers!  Please leave a comment and answer this question to be entered.

In You’ve Got Mail, Joe Fox tells Kathleen Kelly, “It’s not personal, it’s business.”  Kathleen Kelly counters with, “What is that supposed to mean? I am so sick of that. All that means is that it wasn’t personal to you. But it was personal to me. It’s *personal* to a lot of people. And what’s so wrong with being personal, anyway?”

The question, which response best fits you in a situation where a business move by another person hurts your business success? So, again I forgot to draw names.  I’m doing a ton right now because I’m shipping books this week and want these out of here and making way for new ones coming soon!  YIPPEE!  Sorry for the delay gals!

So I went over to Random.org… love those folks, and got me another random number– guess what.  Five is a VERY Random number because it was one of the two integers again!  Yippee… sooooo

That makes….  Holly and Carolita the winners!   I don’t keep addys so please do send them again!  Thanks!  Shipping this week!!!

Join the fun in guessing what the 100,000th word will be and maybe you’ll win the grand prize!