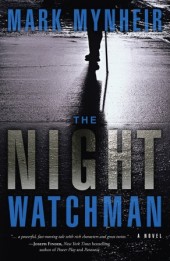 Publisher’s Blurb: Eleven months ago, Ray Quinn was a tough, quick-witted Orlando homicide detective at the top of his game–until a barrage of bullets ended his career…and his partner’s life.

Now medically retired with a painful handicap, Ray battles the haunting guilt for his partner’s death. Numbing the pain with alcohol and attitude, Ray takes a job as a night watchman at a swanky Orlando condo.

But when a pastor and an exotic dancer are found dead in one of the condos in an apparent murder-suicide, Ray can no longer linger in the shadows. The pastor’s sister is convinced her brother was framed and begs Ray to take on an impossible case–to challenge the evidence and clear her brother’s name.

Ray reluctantly pulls the threads of this supposedly dead-end case only to unravel a murder investigation so deep that it threatens to turn the Orlando political landscape upside down and transform old friends into new enemies. As Ray chases down leads and interrogates suspects, someone is watching his every move, someone determined to keep him from ever finding out the truth–at any cost.

I included the publisher’s blurb in this one because I think it is actually a fairly accurate one.  Often they leave you wondering if you read the same book but this one is pretty much dead-on.  It’s not exactly how I would have written it, but that probably means we now know why I am not hired to write publisher’s blurbs don’t we?  😉

First of all, I’d like to confess that I don’t usually like books written in the first person.  Generally I find them annoying.  Even worse, they’re usually the worst written books I’ve seen so when I started reading and realized, oh joy, here’s another first person story, I was dismayed.

But not for long.  Within the first five pages I was interested.  I could still put it down and do other things at that point but by page thirty, I gave up.  I had to read.  Must. Not. Stop.  It was a fascinating book, full of the lovely technical details I adore, and with a realistic plot line.  The characters were amazingly well-developed and intriguing.  I can’t wait to read more by Mynheir and there’d better be a sequel.

If I have left you with any doubt as to why you should read this, I’ll add a little tidbit.  My husband Kevin doesn’t read.  It isn’t that he doesn’t like it but that he rarely makes the time because there’s little that interests him.  I handed him the book and nagged strongly encouraged him to read it.   In three evenings, it was done.  He’d come home, grab the book, and disappear into our room to read until forced out by dinner, eager children, or other such interruptions.  Get the book.  Read it.  You won’t be sorry.

And… because Multnomah is such a generous company…  I have a free copy to give away.  Sorry guys… I’m keeping mine.  I tried to be selfless but I just can’t do it.  Mine.

So, I’ll draw on Friday some time after 6 p.m. PST for the winner of a free copy and I’ll use the random number generator to be “Fair”.